Back in the saddle again!  Thanks to all of you who made me feel guilty about not posting.  Guilt is sometimes a pretty good motivator.  I didn’t realize that I was letting peoples down.  So why did the Jefita disappear you say?  I was doing so well, what with the semi-regular updates and the like.  Did I have grand adventures or was I just slacking off?  Well, I did have a few adventures, and maybe I did slack off some, but I was also in an epic struggle with one of my ancient foes,  The Beast of Time Ill Spent.  I have many foes, but The Beast is probably foremost among them. 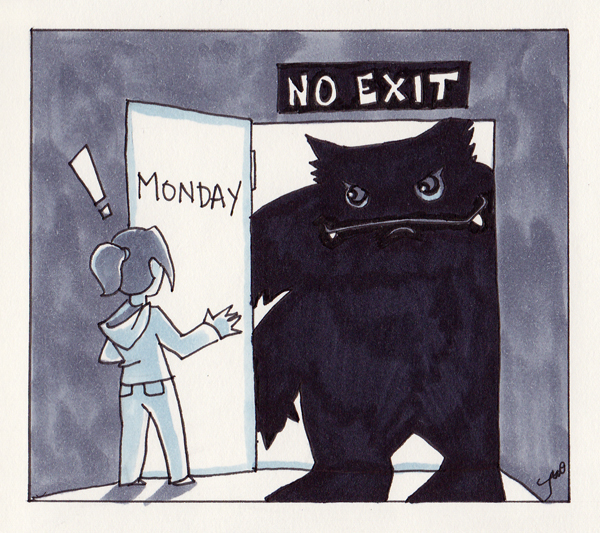 As you may have noticed I periodically fall off the face of the internets.  Often this means I am again battling The Beast, and also trying to dig myself out from under some Crushing Obligation that results from said confrontation.  This nefarious creature has plagued me for years, leading me to much woe.  My rather nebulous sense of the passage of time causes me to be quite vulnerable to the machinations of The Beast.  The only way I have managed to effectively fend off the Beast is to develop a routine.  In theory I am a free artistic spirit, unshackled from the 9-5 grind, master of my own destiny! The reality is that I don’t get much done without a routine.  It takes a lot of effort for me to establish a productive routine, and if it is even slightly disturbed I spiral into a vortex of slacking.  Actually it’s usually more like falling off a cliff.  I look back and try to account for my days and it’s just this long blank.  I’m sure I’ve done something, but hell if I can remember. 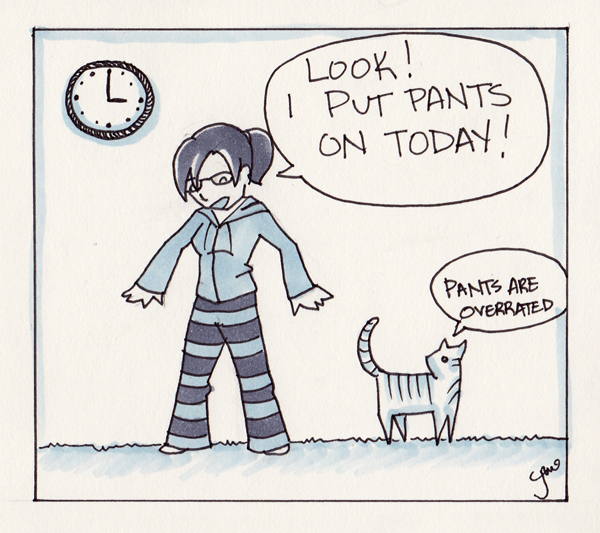 Shortly after my last post I pretty obviously fell off the routine wagon. I had been feeling pretty good about myself, like I was a responsible being and keeping up with my work.  Filled with this dangerous sense of satisfaction, I then went and visited my family for a week.  I love chances to see my family since they live half a continent away from me. Unfortunately that was enough to crumble my fragile routine.  There seems to be some sort of time dilation effect that gets stronger the closer you get to the center of the country, and it is localized around my parents’ house.  It is a wonderfully timeless sort of place, but I returned to Maryland unprepared for the return to normal time.  I got home all glowy and well-fed only to realize I was already in the clutches of The Beast.  There was a mountain of work waiting for me.  I was promptly hauled off to toil in the Plush Mines for the rest of October, chained to my sewing machine churning out adorable creatures. 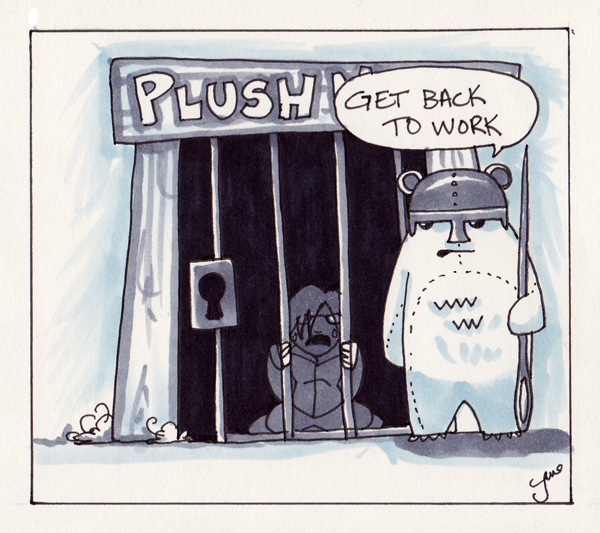 Eventually I managed to finish up my projects and crawl back to the light of day, and so here I am sharing my tale.  Now I just hope the holiday season doesn’t kill me.  Anyways, I’m getting things back in order.  I’m going to try and get some more illustrated adventures up, and maybe some other fun stuff.  Stay tuned!