All Posts in “aomori” 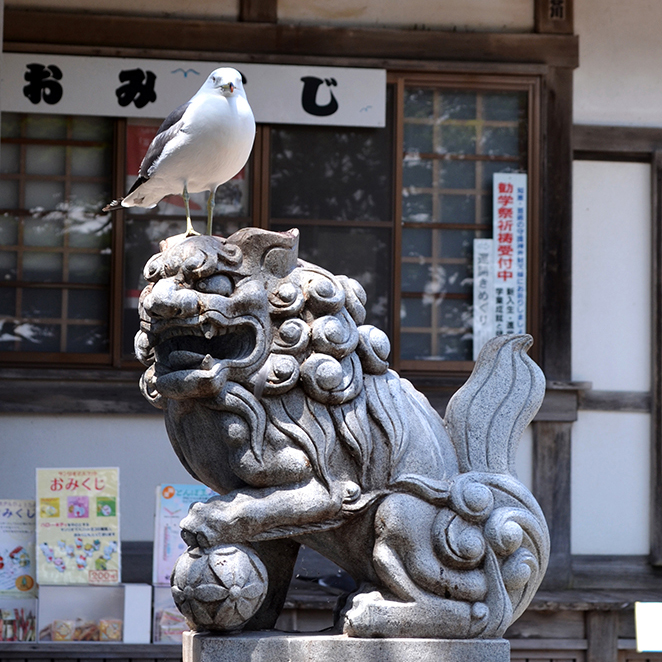 I r bird! Wurship me!

When Mister and I were first considering our move out here, we had some apprehension about how we would keep ourselves entertained. Misawa is relatively small city of 40,000 or so located in northeastern Japan (the Tohoku region, which literally translates to “east north”) in a mostly agricultural, rural area. Many of the big tourist destinations, like Tokyo or Kyoto, are at least a 3-4 hour train ride away. Many people we asked were not particularly reassuring either. There would be a significant pause, and then they would say something like, “Well, there’s plenty to do if you like going outdoors.” I do like going outdoors, but the pause was worrisome.

Fortunately we took the chance. Misawa is in fact a great little city and in a beautiful region. Aomori (our prefecture/state) is full of all sorts of interesting destinations within easy day-trip distance. Gas is expensive in Japan, but when you have the perk of access to American gas prices? Road trips all the time! 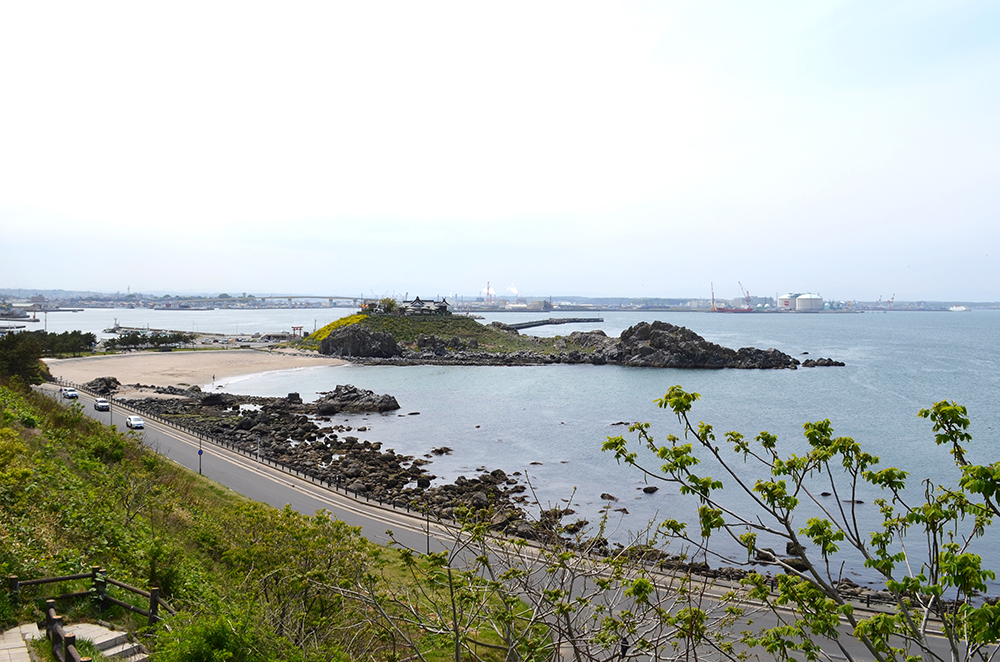 One of our first excursions was to the Kabushima seagull shrine near the “big” city of Hachinohe. It was also our first experience driving unsupervised in Japan. That in itself was a bit of an adventure. I’ve learned it is difficult to get by in Japan without GPS (even if you are Japanese). Many roads are unlabeled and often GPS coordinates are more useful than addresses. On the upside, most road signs (on major roads/highways) are labeled in both Japanese and English. We armed ourselves with Google maps, some coordinates, and hoped the navigation gods didn’t lead us astray. (Fun fact, even though it is generally pretty useful, Google maps isn’t quite as refined in Japan as it is in the U.S. so sometimes it tries to send you down obscure alleyways or unpaved farm tracks.)

Mister and I picked this first destination rather flippantly. A shrine dedicated to seagulls you say? Sure, sounds more interesting than being stuck on a drab military base. Well, Kabushima is not just a shrine devoted to seagulls. It is set on top of a tiny rocky island where the black-tailed gull comes every spring/summer to nest and raise their young. This isn’t just a few seagulls, it is hordes of them. 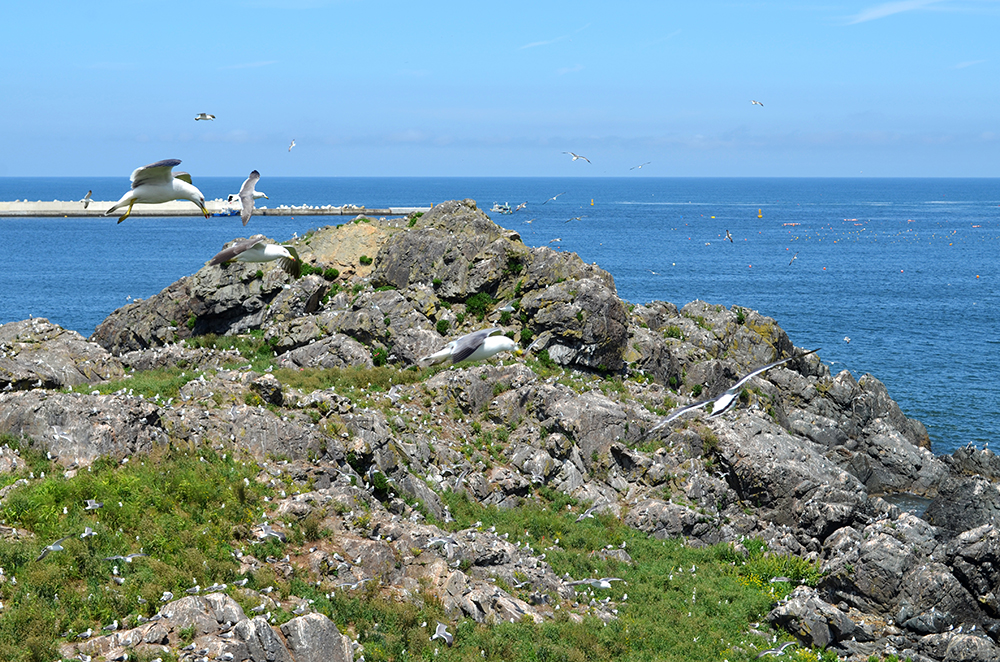 Now, imagine if you will, one seagull. That soothing shrill cry, the brazen attitude, the proclivity for pooping on everything. Now imagine 40,000 of them in one place. The sound is nearly deafening and you are hard pressed not to trip on any as you make your way up to the shrine. For the record, baby seagulls are also pretty darn ugly. 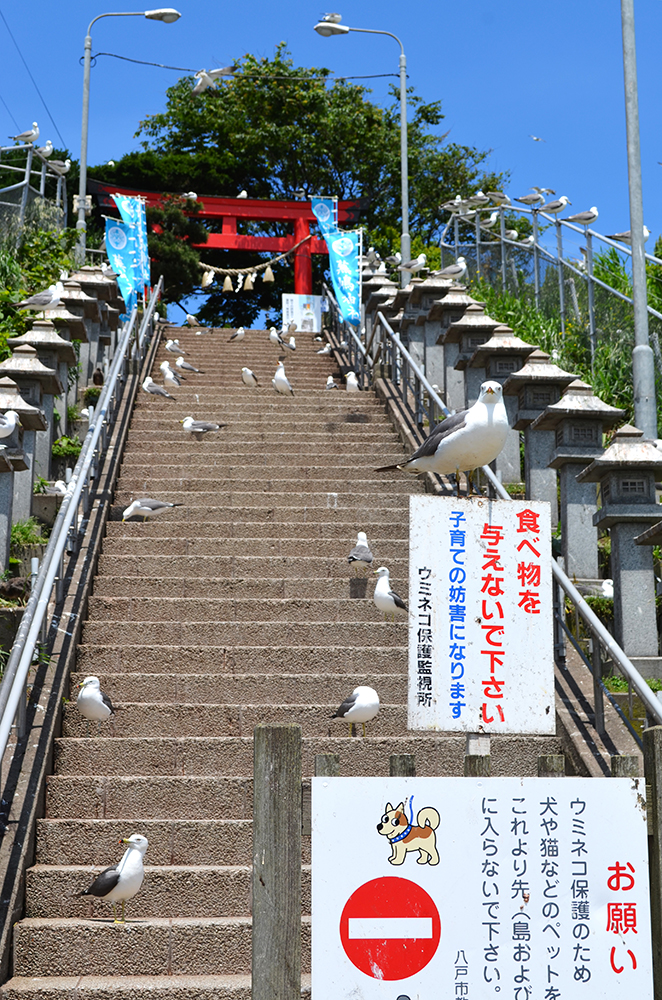 Not pictured: Umbrellas for your protection at the bottom of the steps. 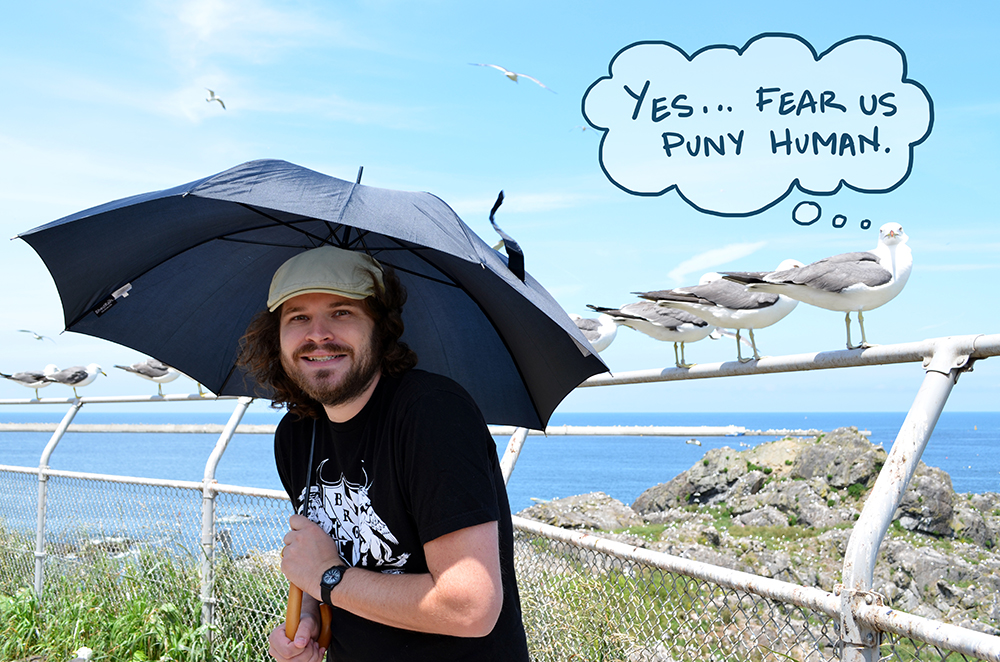 Still, it was a cool experience. It was a pleasant drive down the coast and my first chance to see something of Japan that wasn’t from an airplane window. I really enjoyed it after being cooped up in a hotel. In addition, Mister bought himself a good fortune. 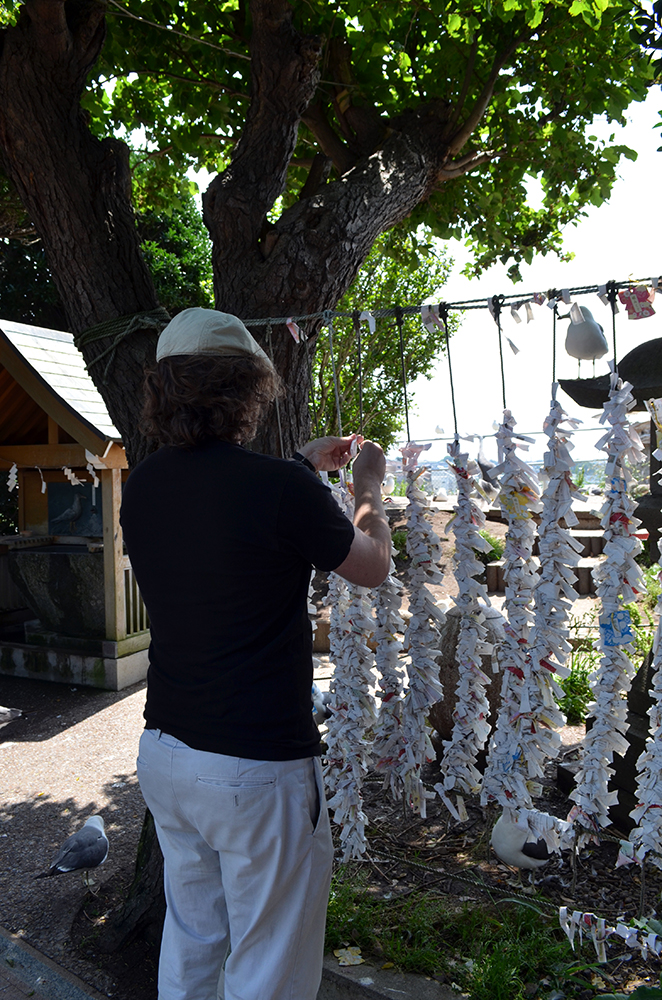 Since all the fortunes were in Japanese, we assumed it was good since we didn’t get pooped on.

I also got the fattest, most adorable seagull shrine token. 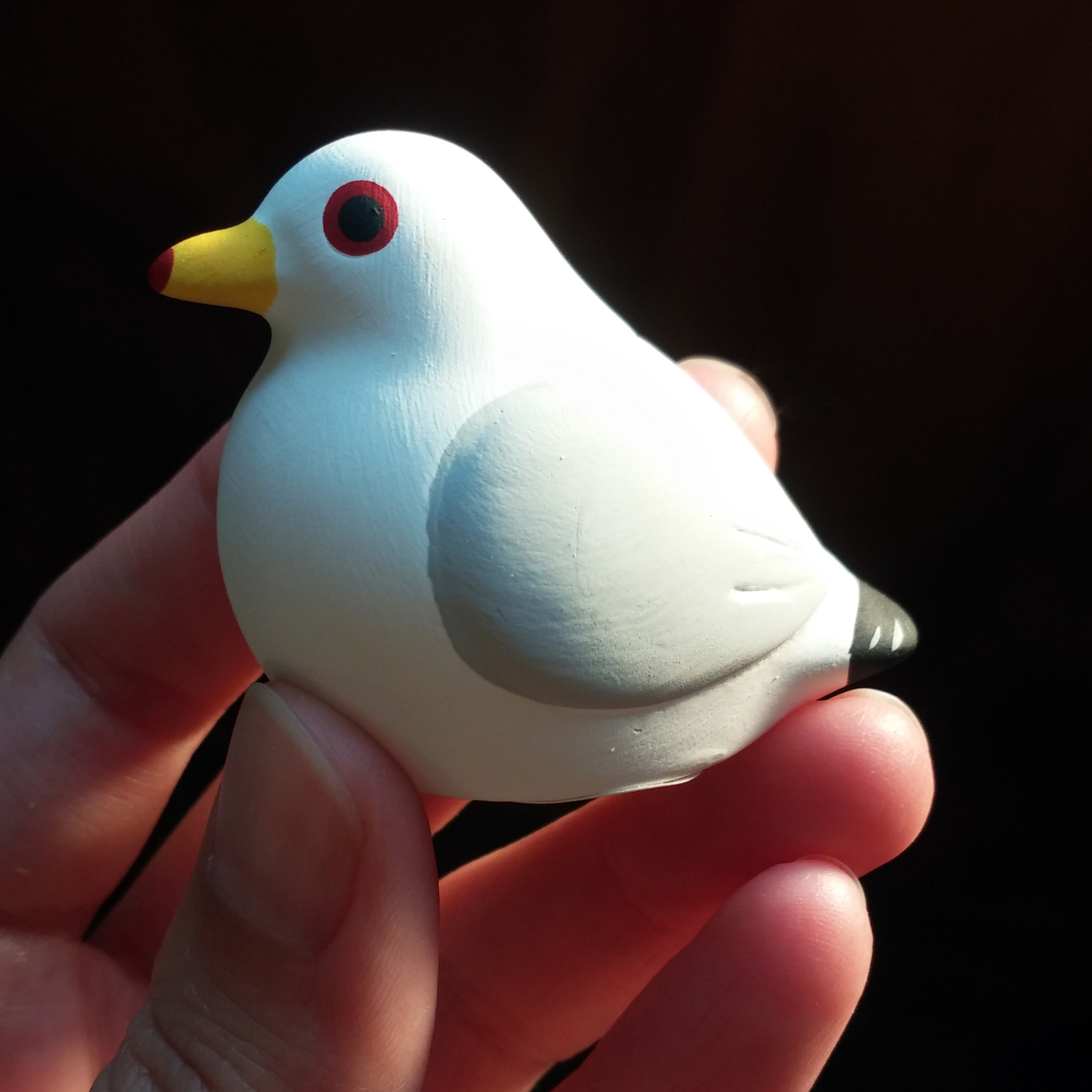 It also had a fortune inside.

Oh and Wikipedia tells me that this specific cacophony is one of the “100 Soundscapes of Japan” so I guess I can check that off my list.